Counting grouse in the sun 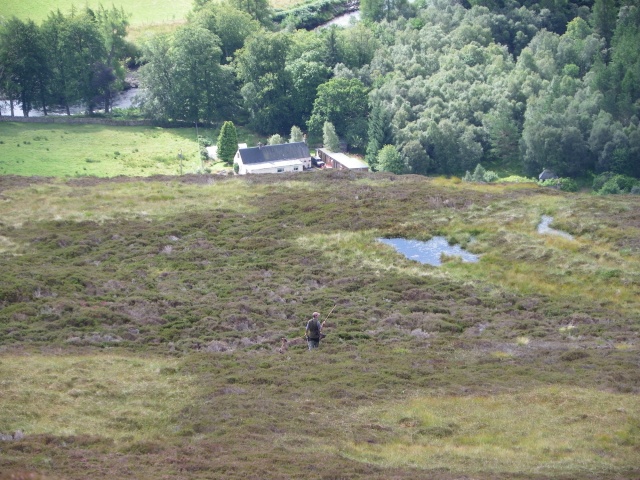 Kenny and his dogs

Kenny spent the morning with us today, to help count our grouse. This is the third year we have covered the same area of ground to count numbers. Because it is only a sample, it doesn’t tell us the total population, but it gives a sense of whether numbers are increasing or decreasing.

The figures are 2009 – 46, 2011 – 33, 2011 – 31. I am actually quite relieved by this year’s figures. Considering we have had two hard winters and a very wet breeding season I was concerned we might find no successful coveys at all. But in fact our largest covey was 8 and the number of coveys was not significantly different from last year. I think we can safely shoot a few.

It was the nicest day’s weather for a long time, warm and with a good wind which meant there was a strong scent for the dogs. The three dogs, including Loisgte, worked hard and were well behaved. Loisgte was very well behaved, though I seem to have come home with a bruised eye which is being blamed on her playfulness.

More pictures from the day are below.

This entry was posted in Uncategorized and tagged Coveys, dogs, Grouse counting. Bookmark the permalink.

1 Response to Counting grouse in the sun