Yesterday marked the start of the red deer stalking season for us. Guests had already shot a few sika but it is only after the first red that it feels like the stalking season is properly underway.

We woke in the morning to blue skies, a light ground frost and no wind at all. It was a beautiful morning that somehow felt more October than August. We headed out before 10 and visited all the normal spying spots. But there were absolutely no stags to be seen. We waited until after lunch and then returned home for a break before heading out again at five. 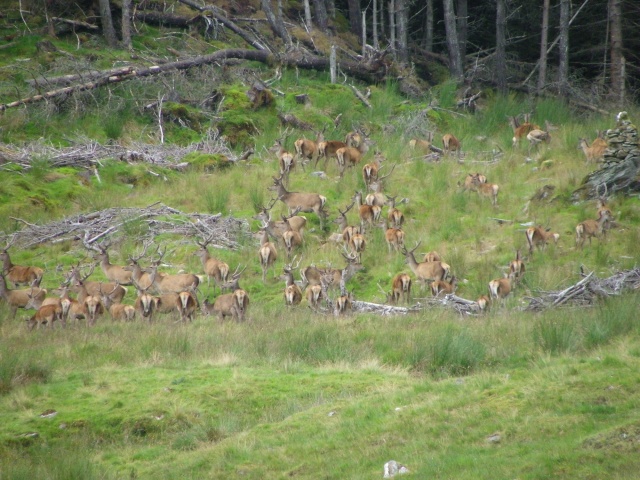 Young stags at the edge of the wood

Clearly, our stags, of all ages, are like teenagers and prefer not to show themselves until late in the day. As we headed up the strath young stags were emerging from the woods. Behind one of the woods we saw a small number of mature stags with a number of them already broken off from the main groups and already on their own. Given the frosts we have already had, the low calving rate this spring – and hence good hind condition – we expect that the rut will kick off in early September.

Amongst the stags we saw was a fine royal which we remember from last year. Unfortunately I did not have my camera with me. But there was also a ten pointer, going back, which was a classic cull stag. After a short walk and a reasonable crawl we were able to start the season. He weighed in at 15st 10lb which I expect will be below our average for the season.

This entry was posted in Uncategorized and tagged Croick, Deer stalking, Scotland. Bookmark the permalink.