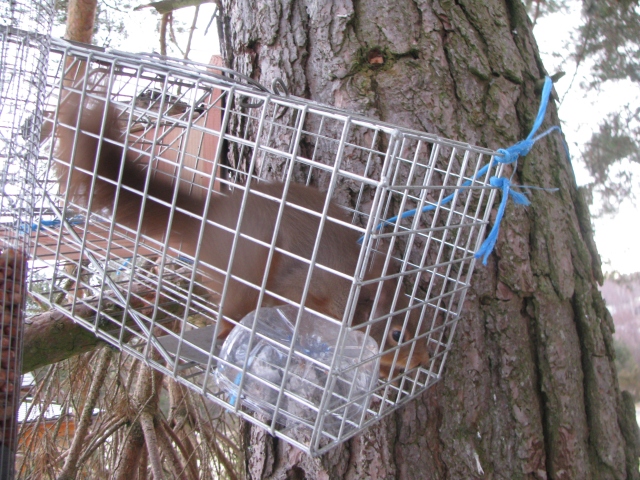 Red squirrel about to leave Strathspey

Last week was an exciting one at Croick with the arrival of 12 red squirrels as part of a programme to develop a wild population of squirrels at the top of Strathcarron.

The programme involves three neighbouring estates, Alladale, Amat and Croick, each of which is now home to a small population of squirrels transported from the healthy population in Strathspey. The programme has been devised and run by Roy Dennis and the Highland Foundation for Wildlife (www.roydennis.org), under a licence issued by Scottish National Heritage. It follows a highly successful programme to introduce red squirrels to Dundonnel estate on the west coast where they rapidly shown to be breeding successfully and spreading more quickly than expected.

We are delighted to be able to play our small part in this programme. Not only does it give us a chance to see squirrels in our extensive woodlands but by creating new red squirrel habitat far from any grey squirrel infestation we are hopefully creating another strong and secure red squirrel population that might eventually spread over much of the forested areas of east Sutherland and Easter Ross.

I will keep you posted with news and sightings in due course.